This message of support for Tasmania’s LGBTI community was delivered by the Tasmanian Commissioner of Police Darren Hine via social media yesterday, August 21st, 2017. Working It Out Inc also encourage everyone who experiences or witnesses bullying, discrimination or harassment to report it. While it’s not always possible or desired to follow up specific incidents, it provides a statistical record of the number of incidences happening, as well as the time and location, which is all very valuable information and can lead to increased protections in the future if needed.

Tasmania Police promotes respect, equality and inclusion of all members of our community.

We recognise that attention and debate around the upcoming vote on same sex marriage may cause some LGBTI people to be feeling vulnerable.

We work closely with the LGBTI community and want to reassure LGBTI people that Tasmania Police officers are committed to supporting them if they need our assistance.

We encourage all members of the community to maintain respectful behaviour.

Tasmania Police recognises that LGBTI people can be reluctant to come forward to seek help. We have trained LGBTI liaison officers to provide advice and assistance. They can be contacted via the Police Assistance Line 131 444.

Sex is complex. Humans are simultaneously more similar in their sex development, and more diverse, than is commonly appreciated or understood. Females and males are not made of wildly different ingredients. The potential to have intersex variations—to be born with atypical sex characteristics—exists for all humans in the first few weeks of their prenatal development. 1.7% of people actually go on to be born intersex.
However, most of us know little about intersex variations. This is only partly due to their occasional invisibility. Intersex people have historically faced deep social stigma—the assumption that they were simply bizarre aberrations from the human norm. Furthermore, intersex infants have been widely subjected to systematic institutional mistreatment, particularly within medical settings. Finally, some people with intersex variations have simply tried to integrate themselves unnoticed into the socially accepted categories of male and female.
Drawing on stories and statistics from the first national study of intersex the book argues for a distinct ‘Intersex Studies’ framework to address intersex issues and identity—foregrounding people with intersex variations’ own goals, perspectives and experiences. Collected in 2015 and arranged in thematic chapters, the data presented here on 272 individuals gives a penetrating account of historically and socially obscured experience. This book is an important and long-overdue contribution to our understanding of human sexuality and a must-read for people with intersex variations, health practitioners, psychologists, advocacy groups, students, and anybody interested in knowing more about our diverse human make-up.

Georgiann Davis is an intersex person, activist and assistant professor of sociology at the University of Nevada, Las Vegas. Georgiann has written a great article for The Parents Project on five helpful things that parents can do to support their intersex child.

“Intersex is only one aspect of your child’s life. It might be something that they need your help navigating, or it might be the least of their concerns. They might be bullied at school for something completely unrelated to their intersex trait, and need your help navigating that. They might struggle in math class. They might fall and sprain their ankle at soccer practice. Their needs will vary throughout their life, and might even vary across any given day. What’s important is that you are always listening to their needs and doing whatever it is you can do to assist, support, and love them throughout their lives.” 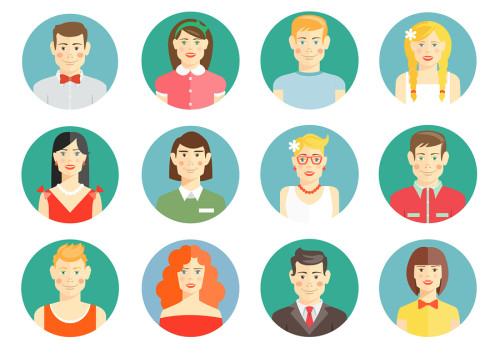 An informative opinion piece written by Sam Dylan Finch, on why not all trans* identifying people experience gender dysphoria – the medical term for the distress or discomfort that occurs when the gender someone is assigned at birth does not align with their actual gender identity. Sam Dylan Finch a Contributing Writer for Everyday Feminism. He is queer writer, activist, and educator based in the San Francisco Bay Area.

QLife is the Australia’s first nationally-oriented counselling and referral service for people who are lesbian, gay, bisexual, trans, and/or intersex (LGBTI). QLife provides nation-wide, early intervention, peer supported telephone and web based services to people of all ages across the full breadth of people’s bodies, genders, relationships, sexualities, and lived experiences.

QLives is a nation-wide project for LGBTI people to hear and share in the stories and experiences of people QLifehave contact with every day of the year. QLives presents the stories of some individuals within our diverse and varied LGBTI communities, people brave enough to show that our stories are important and moving.

The United Nations Office of the High Commissioner have released a new video and factsheet entiteld ‘What does it mean to be Intersex?’ as part of the UN Free & Equal campaign.

Intersex people are born with sex characteristics that do not fit typical binary notions of male or female bodies. Being intersex is much more common than most people think – according to experts there are as many intersex people as there are red haired people.
Because their bodies are seen as different, intersex children and adults are often stigmatized and subjected to multiple human rights violations, including violations of their rights to health and physical integrity, to be free from torture and ill-treatment, and to equality and non-discrimination.

Want to know more? Visit the site, check out the video above and download the factsheet [PDF]!

Gender Help for Parents is a website created and maintained by “Australian parents who have struggled to find information about services and support for issues around their children’s gender identity.”

The aim of the website is to make gender identity information easily available for parents and carers. Some good starting pages to have a look at include:

The website also contains information on services for parents and young people in Australia, including services in Tasmania.

This short video from Inter/Act Youth (USA) explores ‘What it’s like to be intersex’.

This short but informative documentary from SBS2’s The Feed explores the concept of Intersex and what it means for people who are intersex. It includes a range of interviews with Intersex people.